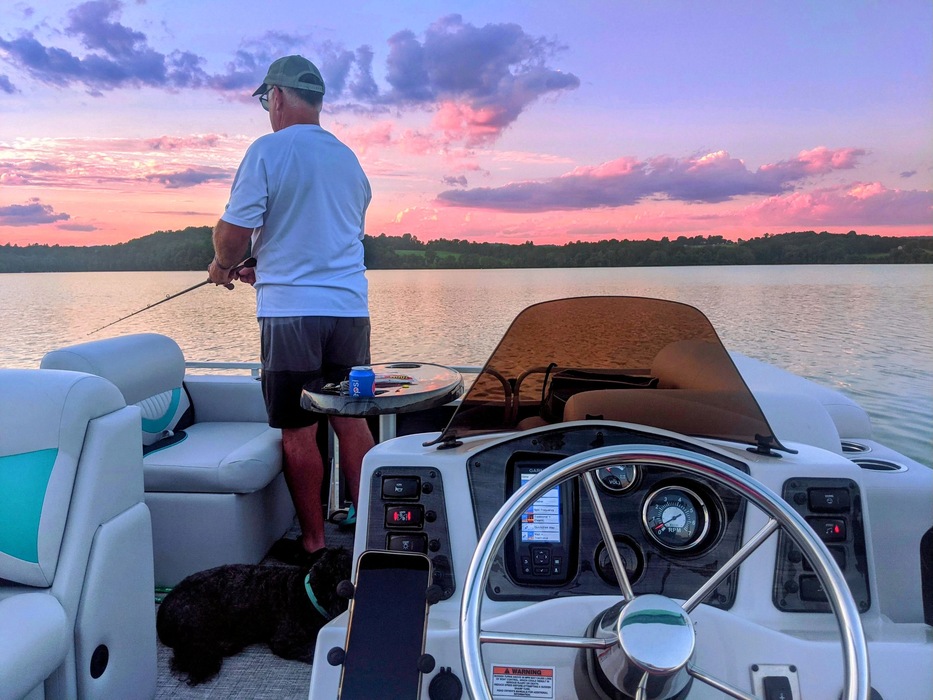 Bert Graul had never owned a pontoon boat, but he knew he wanted one that he could launch on a nearby lake that didn’t allow gas motors, so it made sense that he chose a Qwest Gillgetter*.  Afterall, his 15-foot rig could easily be pushed by an electric Torqeedo motor that had the equivalent 25 horses, which was all he needed.

“It’s really a perfect size for our family,” he said.  “While we have a few friends with us when we take a cruise, most of the time, I go alone.  It is super-easy to back in and trailer.”

What Graul didn’t expect, on their maiden voyage, was that he’d have to make his pleasure boat into an electric rescue rig.

“Kinda funny is that on our first cruise we noticed some teenagers trying to swim across a cove,” he said.  “One of them became tired and started to panic a bit.  We came over and picked him up and got him to shore.”

Graul said that he loves that the combo is so quiet thanks to his electric motor, which makes for the ultimate cruising vessel.

“Even at full throttle everyone can visit and enjoy themselves,” he said.  “Plus, you have no gas smell.  It’s surprising that I can get up to almost 10 miles per hour when I’m by myself, which is more than adequate for what we do.”

The Gillgetter also gets Graul on panfish and bass and makes for a great maneuverable boat.

“I don’t even need a trolling motor,” he said.  “I can get in between docks and other covers without a problem.  Sometimes I go solo but if I have a buddy along, we’ll switch off on who is casting from the front, and who is piloting the boat.  It’s really stable too.”

The price of the pontoon was very affordable, but Graul said he was amazed at the overall value.

“The materials used, and the overall craftsmanship is really good,” he said.  “I was really surprised by the quality.”

An avid kayaker, with his own YouTube channel devoted to the subject called Bert’s Adventures, the Gillgetter combo may not be the quietest boat Graul owns- but it’s a very close second.

*The Gillgetter has been discontinued but similar models include the Lanai, Lanai Fish, and CTR Cruise. 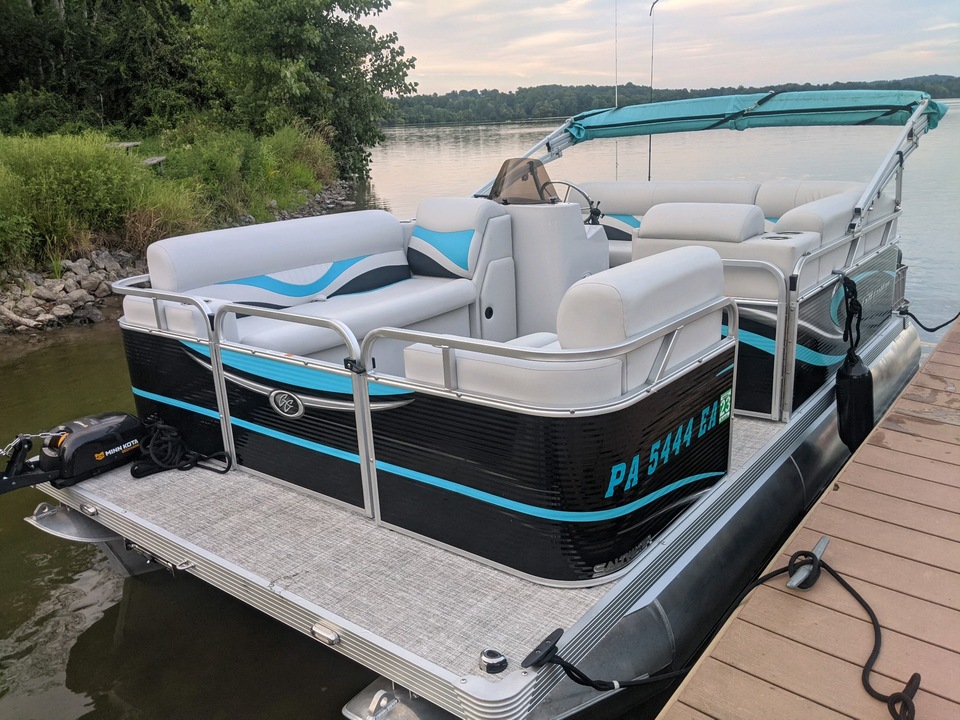 Erik Pavoa?s Qwest Pontoon is kind of a bass boat in disguise

What a great Qwest combo!

What a great Qwest combo! So Long Speedboats, Hello Multi-Function Tritoon Qwest helps firefighter to unwind and spend time with his family From Cruising to catching crab, the Qwest make perfect sense for the Roberts